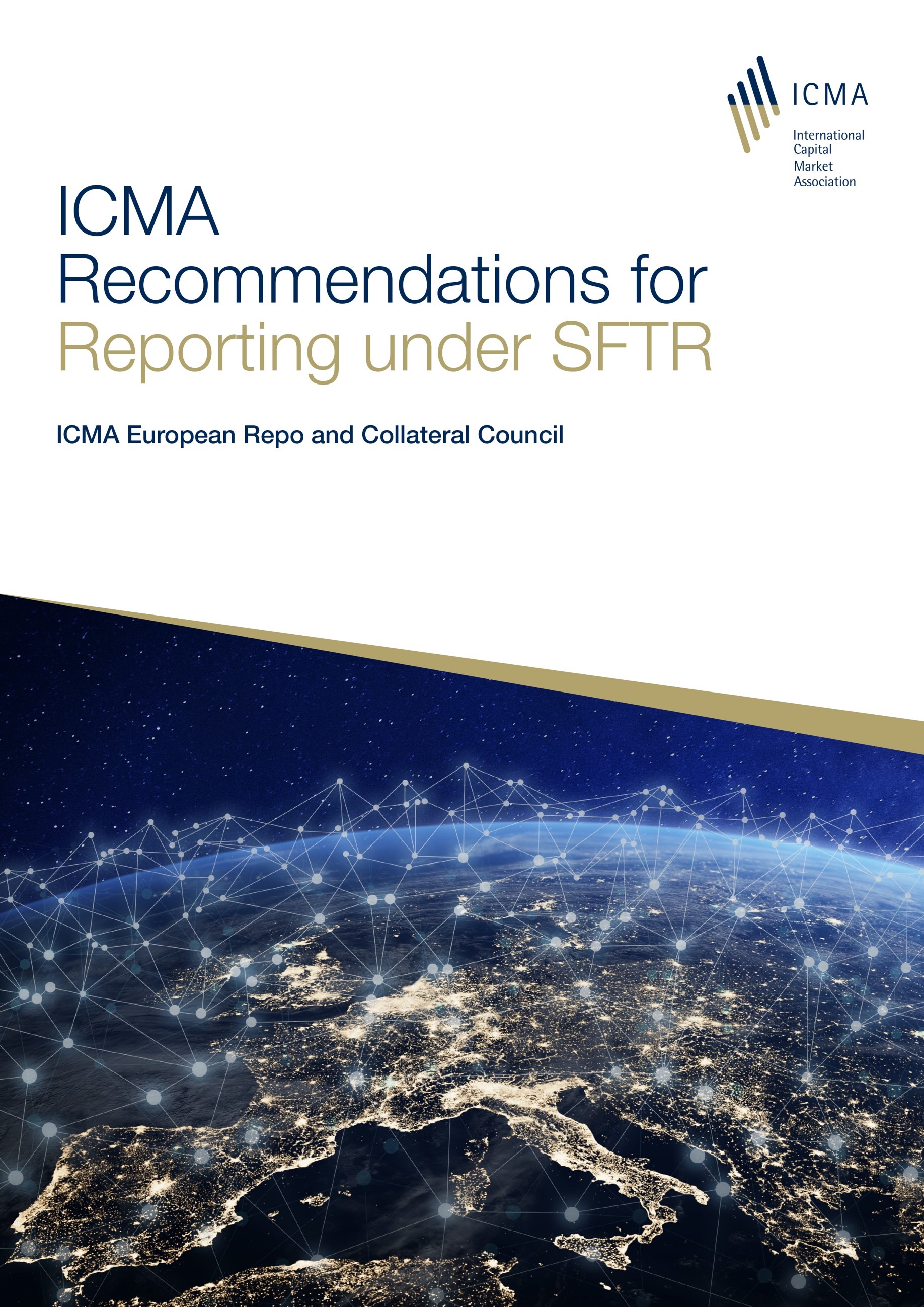 21 October 2021 The ERCC has today published an updated edition of the ICMA Recommendations for Reporting under SFTR.

The ICMA Recommendations were initially published in February 2020 to help members interpret the regulatory reporting framework introduced by SFTR and to set out complementary best practice recommendations which provide additional clarity and address ambiguities in the official guidance.

The updated Recommendations published today reflect recent updates to the SFTR validation rules and reporting schemas published by both ESMA and the FCA, other official guidance that has been released, in particular ESMA's Q&As, but also many lessons learned during the first year of SFTR reporting.

For ease of comparison, a blackline version has been published alongside the Guide itself which highlights all the changes that have been made compared to the previous public edition which was released in February 2021.

Going forward, the document will continue to evolve to reflect ongoing discussions in the ERCC SFTR Task Force as well as any additional guidance received from regulators. The ICMA Recommendations are supplemented by other best practice documents available to ICMA members, which include a collection of nearly 50 SFTR sample reports and an overview of repo life-cycle event reporting, as well as ICMA’s SFTR Quick Guide.

Further information and resources on SFTR reporting, including ICMA's recent analysis of the first year of data on repo from SFTR reporting are available on our SFTR webpage.