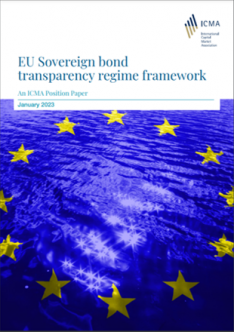 The objectives of MiFID II/R are to increase market transparency, efficiency and safety by bringing the majority of non-equity products into a robust regulatory regime and moving a significant part of OTC trading onto regulated platforms.

MiFID II/R brings much of the transparency traditional in equity markets to bond trading. Europe will go further with bond transparency rules than just about anywhere in the world, including the US. MiFID II/R’s regulatory regime brings into effect pre-trade transparency for bonds as well as post-trade. This will result in a significant impact on the market structure of bond markets. Bond pre-and post-trade transparency requirements will be calibrated for different types of bond market trading structures such as quote-driven, hybrid and periodic auction trading systems. In order to calibrate bonds correctly for MiFID II/R transparency obligations, IT systems had to be enhanced, developed or built from scratch - a major undertaking for the industry. Banks, regulators and investors are dependent on data collected to meet MiFID II/R’s commitments.

Owing to the need for an IT build both by National Competent Authorities and by the industry, MiFID II/R was delayed by one year and took effect on 3 January 2018.

MiFID II/R and MiFIR entered into force on 3 January 2018, following a 12-month delay agreed by legislators in June 2016 from the original date of 3 January 2017.

ESMA is expected to publish further Q&As to assist market participants in understanding the Level 2 text.

Level 2:
Overview and state of play of RTS and ITS relating to MiFID/MiFIR
ESMA – Policy activities related to MiFID (II) and MiFIR